One of our partners, a small-gauge hose manufacturing plant that runs around the clock, wanted to produce more product in less time. But their solution, to run machines 22% faster, caused our yarn cones to break and blow out. I visited the plant, where I used quantitative measures to determine what parameters may be optimum for even higher angular speeds and therefore greater out-puts.

What Led to the Coned Yarn “Blow Outs”

Our coned yarn had been performing well and meeting weight and maximum cone diameter specifications. But now it had performance issues. Due to the 22% angular speed increase, the centrifugal force acting on our cones had gone from 2,609 lbf to 3,897 lbf, a significant force to deal with.

This concept is illustrated in the diagram above, where M=Mass (Cone Wt.) and ω=angular speed (rpm). The tremendous increase in force had led to breaks and “blow outs” (cone was literally blowing up in the canister).

We also developed data collection and conversion sheets for them. With these new tools, we can now determine what density works the best at this new angular speed. And we can and will quantify what parameters may be optimum for even higher angular speeds, and therefore greater out-puts.

We can now talk units of measure that everyone can understand and react to, rather than rely on how “soft“ the base of a package feels. 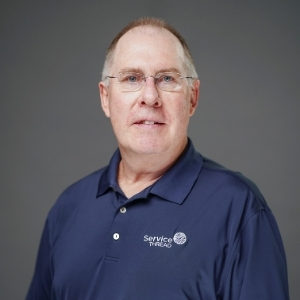 Learn About Our Process