Until the 1940s, there were no standardized size designations for home or industrial needles; each manufacturer chose the sizing system they liked best and there were over 40 systems of sizing in use.

In the 40s and 50s, the sizes were standardized, although a few manufacturers choose to use the sizing methods they used in the past.

For the vast majority of needles, a metric size designation, NM ("number metric") began use throughout the world. The NM sizing is the diameter of the needle in hundredths of a millimeter measured above the scarf or the short groove of the blade of the needle - the area above the point and eye that goes through the fabric.

The difficulty arises when sewing machine manufacturers use designations outside of the NM standard. For example, Singer products are widely used, but they choose their own designations. For example, a Singer .70 millimeter blade (which would be called a 70 in NM nomenclature) is called a 10. Since Singer's products are so widely known, this size will often be referred to as 70/10. Conversion Charts will show you the other sizing designations that you may see.

Rule of thumb, if the number you see stamped is between 35 and 200, that is probably the NM number.

Where is the number located?

Most manufacturers stamp the size on the shank of the needle that is inserted into the machine. The needle type and needle system are also often stamped here. The needle sizes and systems can also be found on the packaging like these Organ and Schmetz needle packages below. 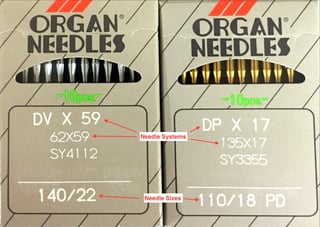 What is a needle system?

Different classes of sewing machines use different sizes and types of needles. A group of needles that belongs to a specific sewing machine class is called a needle system. Since a wide variety of needles are used in sewing machines, it is not always possible to look at and measure a needle to ascertain the system to which it belongs. Various ways needle systems are explained so they can be correctly identified include (refer to above photo for examples):

The numbers do not always directly correlate to the physical dimensions of the needle. The best ways to ensure a good match are:

Needle manufacturers are excellent resources for needle information, as are thread and yarn experts.  If you need help finding the correct needle or thread for your sewing machine, please let us know! 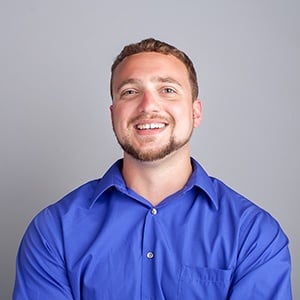